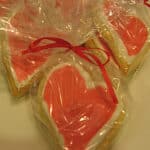 The month of February invokes feelings of romance.  After all Valentine’s Day does happen in February.  We celebrate our love for others with hearts, cards, flowers, and confections (most notably chocolates).  When did this tradition begin?

There are many legends about this holiday.  It’s roots can be found in the ancient festival Lupercalia which was a Roman fertility celebration.  In the 5th century Pope Gelasius declared February 14th as St. Valentine’s Day.  There were three early Christian saints named St. Valentine.  All three were martyred on February 14th.  One was a Roman priest, another was a bishop in Terni and the third little is known except that he died in Africa.

The St. Valentine that the day is named for most probably was the Roman priest.  He secretly performed marriage ceremonies for young soldiers who were supposed to remain bachelors so that they would be better soldiers.  While in prison he fell in love with his jailer’s daughter and before he was put to death sent her a letter signed “your Valentine”.  Valentine was put to death for refusing to renounce his religion.

With all that said it is still nice to receive the flowers, candy and cards signed “from your Valentine”.  However, we should be honoring and celebrating our love every day regardless of the date (or the history behind it).

So, happy Valentine’s Day everyone.  Here at Foxfield Inn we will be enjoying some chocolate dipped strawberries and chocolate cake in honor of the day. 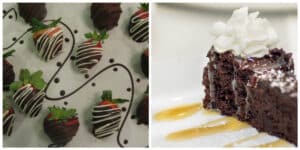