Walk into any local restaurant or brewery here in Charlottesville, VA and the taps are flowing. And I don’t mean with Bud Light. August is Virginia Craft Beer month, and in case you haven’t heard, we have a lot to celebrate. Virginia boasts over 60 craft breweries, all producing incredibly interesting interpretations of those liquid fermented grains that even our local hero, Thomas Jefferson, was known to experiment with. The month culminates in a large festival at Devil’s Backbone Brewing Company where winners in various tasting categories will be crowned.

Charlottesville has historically enjoyed tourism of its wineries, and while they are still going strong, craft breweries are catching up. To explore this phenomenon, I sat down with Scotty Lynch of Fardowner’s in Crozet.

The very first time I walked into Fardowner’s, a short, fifteen-minute drive from the inn, every table was full of diners and it was standing room only at the bar. A large chalkboard on one wall listed in bright colors the names of the beers on tap, and I only recognized one or two of them. My husband and I squeezed in, and before long, Scotty, a tall, kind-faced man with long, wavy hair tied back in a loose ponytail, sidled up to ask me what I’d like to drink. Our beer-drinking friends speak in hushed, reverent tones about Scotty’s vast knowledge of beer, so naturally I asked him what he recommended. He responded with a question: “What do you like?”

That was almost two years ago, but the proliferation of craft beer in our area has increased exponentially. Back in the day, like many restaurants, Fardowner’s sold copious amounts of familiar mainstream beer (namely Miller Lite–the one national name they still keep on tap), and it was a small personal victory for Scotty whenever a customer ventured to order a craft beer and, even more, enjoyed it. Today, with so many flavor profiles to choose from, Scotty has to ask me what I like. Today, saying “I’ll have a beer” in a Charlottesville bar is like saying “I’ll have some food” upon entering a restaurant.

As for craft beer’s increasing popularity, it’s a boom to which Scotty attributes several factors. The biggest one being that the food and beverage laws in our state changed just in the past year and a half so that breweries no longer have to simultaneously operate a restaurant in order to serve alcohol to the public. (Many still serve food regardless, and at those that don’t, our local food truck scene is happy to oblige).

Secondly, Virginia is home to many university towns, like Charlottesville, and some of the most popular Virginia breweries tend to pop up around them for a steady clientele who, well, enjoy drinking beer. And finally, Scotty believes Virginia was simply primed to embrace craft beer–geographically as the centrally located “crossroads” of the East Coast, and economically as the emphasis on local and artisanal foods have brought folks more in touch with the fresh and unique flavors that characterize a region. 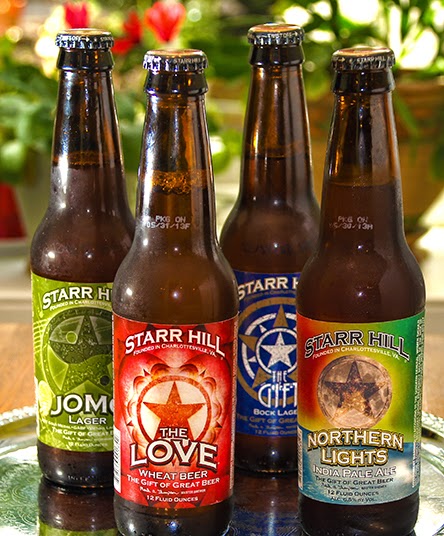 In his restaurant, Scotty observes the transformation that happens when customers try a new beer. “They’ll go, ‘Hey, this is pretty good. If I like this one, maybe there are others [craft beers] I’ll like.'” He continues, “If you really want to experience the [Charlottesville] area, why would you get a Bud Light that you can get at any gas station in your own hometown?” Scotty advises visitors to take a cue from the locals and seek out a new experience and order something that, perhaps, you can’t yet get back home.

But what? Or how?

Here is some of Scotty’s advice for making the most of your Virginia craft beer experience near Charlottesville. 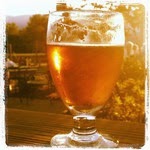 Scotty’s final piece of advice is particularly applicable for our visiting couples wherein one person enjoys beer and the other does not: “Just because you think you don’t like beer, doesn’t mean you don’t like beer.” There is almost always something for every palate, even if you don’t like the taste of lite beer or perhaps the carbonation. I myself have been surprised at the number of stouts I have sampled that were more tantalizingly reminiscent of flavored coffee than of beer. “Plus, you can always throw in a visit to one of the cideries nearby,” Scotty adds.

By the way, I asked Scotty if he still sells more Miller Lite than craft beer. He smirked and said with resounding relief, “No.” The most popular style of beer ordered at Fardowner’s is a pale ale, so be sure to add one of them to your tasting lineup. To Scotty, that’s a sure sign that craft beer is here to stay, and we’ll drink to that.

It was Starr Hill’s Psycho Kilter, a Scottish ale, that Scotty recommended for me that first fateful day in Fardowner’s, and I loved it. My tastes may have changed slightly since then, but to whatever reason you give credit for the proliferation of Virginia brews, I maintain that it’s the invitation — for dialogue, for conversation, and for the willingness to try something new, that’s at its heart. What do you like?

As for what to do in Charlottesville for craft beer month? You can go all out and join in the festivities at The Virginia Craft Brewers Fest, or keep it simple and try a Virginia craft beer at one of many breweries or restaurants. We’d be happy to make a recommendation. Wherever you end up, talk to the bartender or brewmaster, and celebrate the best of what’s around. Let us know how else we at Foxfield Inn can help you plan out your next new experience with Virginia craft beer.

And if you can’t make it to Charlottesville this month, consider making plans to attend the Top of the Hops Beer Festival on Saturday, September 20. If you still can’t get enough of our local brews, sign up for Scotty’s weekly beer email to stay in the loop.